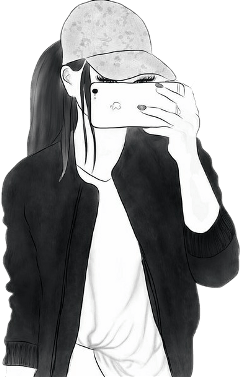 Ilana frantically searched for her car keys and taser. She was an hour late for her tattoo appointment with ‘Freeze’, the only tattoo artist capable of drawing Buttercup and Blossom. See, Freeze was an ill-tempered and impatient drag queen with switchblades who moonlighted as a bar-tending dominatrix at a bar frequented by homicide detectives. She understood having two jobs. Understood life as an enterprising diva. Tatts and hairdos don’t pay for themselves. She needed to get her ass in her car.
She snatched her keys and was about to leave when her phone rang.
“What?” She answered.
“June’s calling,” Camaiyah said.
“Impossible,” She replied.
“Seriously.”
“Can’t be him.”
“What do I do?”
“He can’t trace anything back to you.“ She leaned against the counter. “Even if he did manage to escape.”
“Back to us.”
“Don’t do that,” Ilana warned. “There’s no us.”
“I’m not the one who hacked him.”
“You paid me. I did a job.” Ilana used her phone to trace Camaiyah’s location. “I’m just a third-”
Her phone buzzed.
“Party…” She checked her phone. “He’s calling?”
“How did he-”
“Shut up.” Ilana interrupted as she frantically pushed ignore.
But the screen was frozen. Phone kept ringing. Text and email inboxes flooding.
“Damn it.”
“What?”
Phone answered on its own. Speaker phone activated…. on its own.
“I know you’re there, Ilana,” June said.
Camaiyah was silent. Breathing hard. Swallowing spit.
“I know everything,” June said. “I just want to talk.”
‘Lies’ she thought. June wanted vengeance.
“Okay, lets talk.”